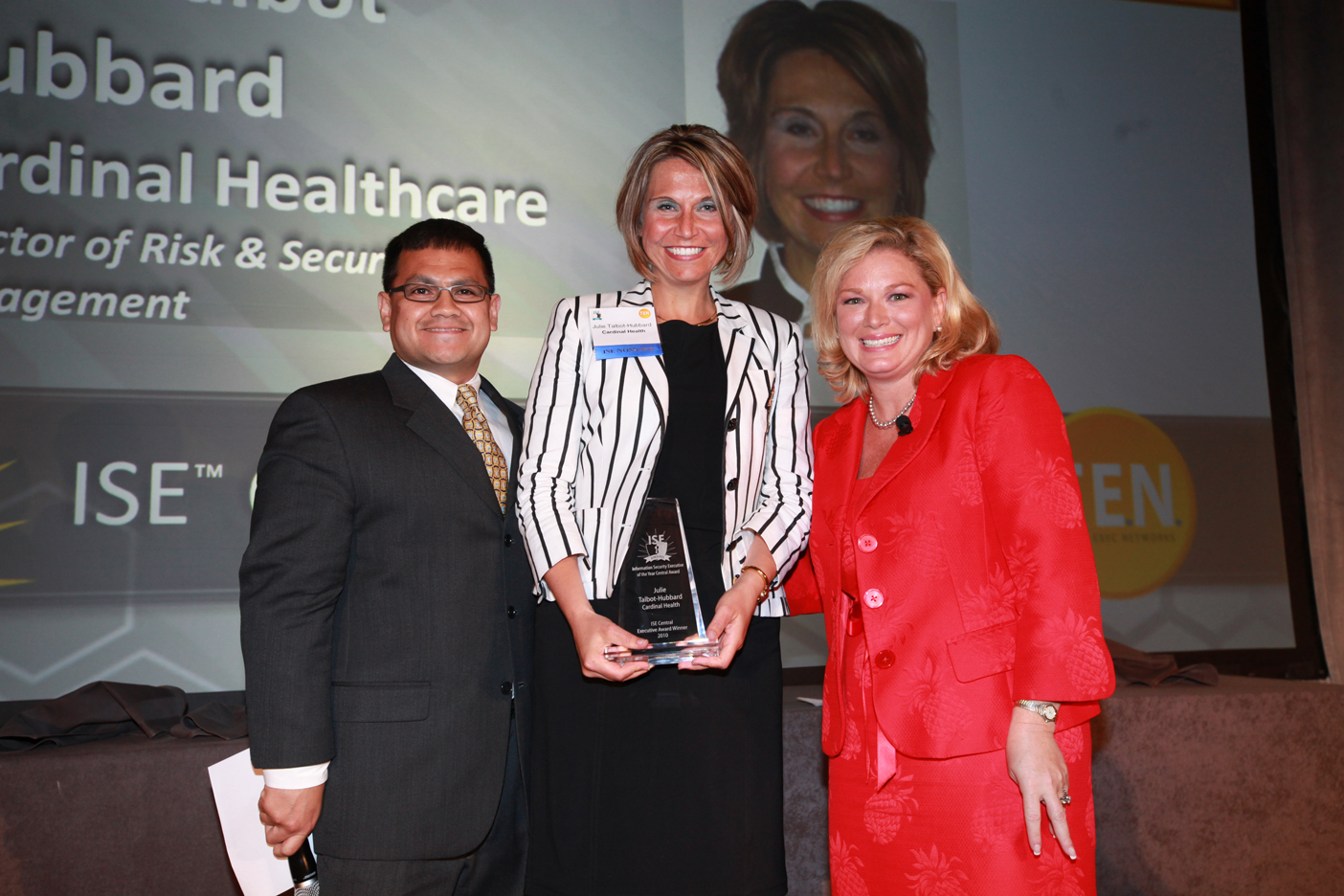 My manager introduced the ISE® Award Program to me at a time when we were taking the information security department beyond the infancy stage and working to elevate security within Cardinal Health.

Encouraged by the fact that the ISE® Award program focused specifically on information security and the security program itself, we submitted for both the individual and team awards. The deciding point was that, unlike other award programs that focused on a single industry such as healthcare or financial services, the ISE® Award was a cross-regional and cross-industry program. Plus, with the caliber of executives and networking opportunities, I knew the ISE® Awards was a program that I wanted to be a part of.

When Marci announced my name as the recipient of the 2010 ISE® Central Executive of the Year Award, I was astonished. I didn’t think it was possible. Being a heads-down worker focused on getting the job done and doing it well, I didn’t see my efforts as different from those of anyone else in the industry.

My astonishment turned to excitement and then pride for what we had accomplished as a team. Taking the security department from being the “Voice of No” to enabling the organization was taking a lot of work and energy, so it was immensely satisfying to be able to share the recognition with the team. In addition to energizing them, it helped to build their confidence that they were doing the right things to protect the company.

I also benefited tremendously. Being a young woman in information technology and security, I didn’t have many female role models. The immediate validation of my capabilities helped me to establish a personal brand and become confident in that personal brand. The knowledge gained from participating in the programs and the relationships that I have with the T.E.N. team and a broad network of contacts across the information security industry have been invaluable. I was able to establish a mentor relationship with several security leaders. To this day, I still call on them for career advice. The recognition and visibility within the industry also helped to boost my career. Shortly after receiving the award I was presented with the opportunity to take on the CISO position at Ohio State.

My team was shocked when I told them I was nominating them for an award because they thought they were behind in making progress. Looking back, it was one of the best career decisions I made.

The ISE® Award celebration experience itself, guidance from mentors, and a broad network of industry contacts ready and willing to help each other, not to mention how much you can learn from your peers. I believe those are the things you can’t necessarily get at work. Where else can you be around some of the leading security executives and learn from the programs they are implementing, learn from the shortfalls and great successes. You are not going to find that sitting in your office.