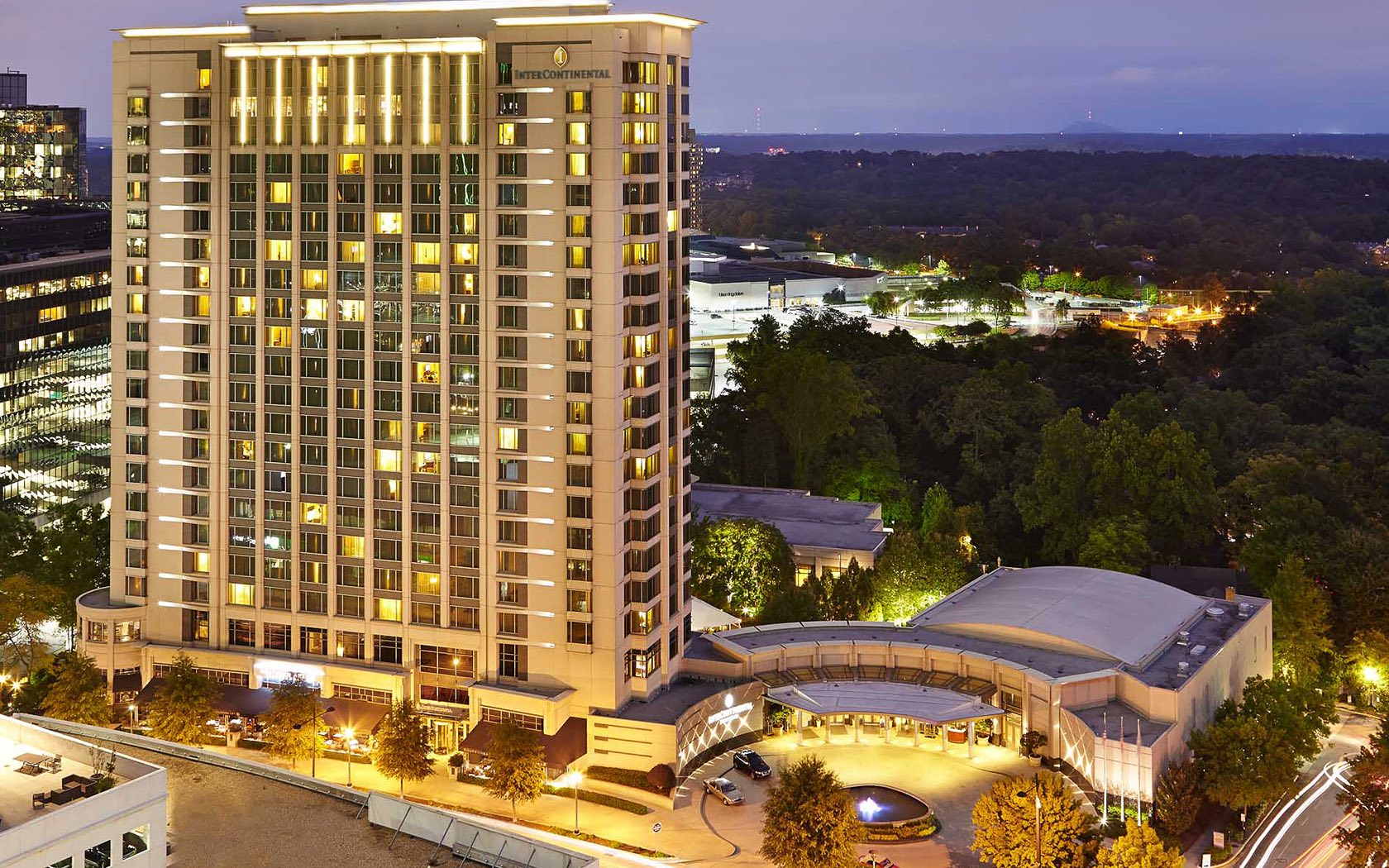 ONLINE RESERVATIONS
Reserve your hotel room as part of the ISE® East room block to get a discounted nightly rate of $229. There are a limited number of rooms available, book yours now to ensure your reservation is complete!

The Hartsfield Atlanta International Airport (ATL +1 404 209 1700) towers as the world's busiest passenger airport. Located 10 miles south of downtown, it is currently in the midst of an ambitious 5.4 billion dollar development program to keep pace with its world standing. The following major airline companies dock at its terminals:

MARTA (Metropolitan Atlanta Rapid Transit Authority) (+1 404 848 4711 / www.itsmarta.com) offers rail service in and out of the airport and is the quickest means of transportation for maneuvering around Atlanta. Trains depart every eight minutes and rides to downtown are only 15 minutes. One-way fares cost USD1.75; weeklong passes USD13. The orange colored North/South Line services downtown as well as such popular destinations as Buckhead, the High Museum of Art, and the airport. The blue East/West Line also wanders through downtown and beyond and includes stops at the Martin Luther King historical sites. Trains pass each stop every 15 minutes. Trains only accept exact change and tokens. Hours of operation: M-F 5a-1a; Sa-Su 5a-12:30a.  Though slow and infrequent, buses, also managed by MARTA, service all of downtown and the surrounding suburbs. Destinations and route numbers are clearly visible on the bus windshields. The USD1.75 fare includes transfers. Hours: M-F 5a-1a; Sa-Su 6a-12:30a

TAXIS (+1 404 530 6698) are located on GTC's Island A. The cabs charge set fees for Atlanta's central business district with a special per-person rate for two or more passengers. Set fees: USD25 to Downtown, USD28 to Midtown, and USD35 to Buckhead. Rides outside of the central business district operate on a meter basis. Taxis are also available in the motor lobby of the hotel. There is a $5.00 flat fee for the Buckhead area, while rides to Midtown and Downtown range in price from $12.00 to $15.00. Taxis are relatively easy to hail throughout downtown and can be found outside all the major hotels. Some of the more reputable cab companies include:

SHUTTLE VANS are located on GTC's Island B. The vehicles depart every 15 minutes, operating daily from 7AM-11PM. Depending on location rates generally fall between USD12-USD18. Some of the more prominent companies include:

GREYHOUND  (+1 800 231 2222 / http://www.greyhound.com) escorts travelers in from every direction. The bus terminal at 232 Forsyth Street adjoins Atlanta's rail system, lending for easy access to other parts of the city.