The ISE® West Executive Forum and Awards 2017 was held on August 23, 2017 at the Westin St. Francis in San Francisco, CA. The ISE® West Award recognizes the information security executives and their teams who have demonstrated outstanding leadership in risk management, data asset protection, regulatory compliance, privacy, and network security.

The ISE® West Awards are held in conjunction with a one day Executive Forum which includes keynote speakers, interactive roundtables moderated by the CISOs and VPs of participating companies, and hot topic panel discussions. The one day program offers the opportunity to meet with peers and leading IT executives from across the region to discuss and share insights into today's issues and solutions. 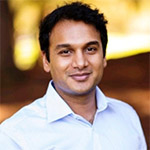 
Walmart operates one of the largest cloud environments and leverages the open source tool OneOps to manage applications and operating systems. The OneOps Security Framework is an integration that allows applying security best practices and configurations to any application or operating system automatically at deployment to save time while meeting security and compliance requirements. The OneOps security framework is available to all industry users of OneOps through WalMart’s open source initiate. 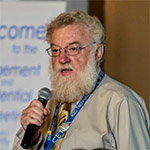 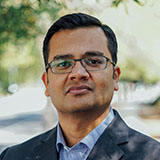 
Western Union is a huge proponent of empowering their end users via mobile devices, and in 2016 they wanted to make sure they had a strong mobile threat defense solution in place that would properly safeguard their employee’s mobile devices and data. To accomplish this, they required a solution which provided protection across the most common mobile threat vectors- malware, malicious networks, and OS/configuration vulnerabilities- and which was easy to deploy and manage, offered in-depth reporting and analysis, protected devices in real-time, and could mitigate threats automatically.