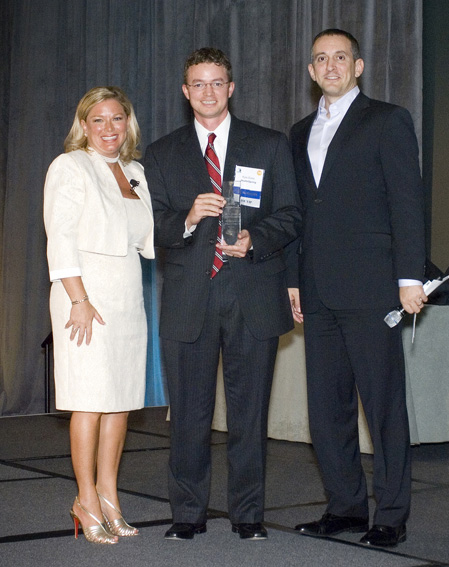 Industry awards had never been top-of-mind for me. While I was familiar with local award programs held by the Nashville Technology Council and was aware of the ISE® Awards because a colleague had been a winner, I’d never considered submitting a nomination for myself or my group. It wasn’t until one of our vendor partners suggested nominating me for the ISE® Southeast Executive of the Year Award that they caught my full attention.

The award ceremony is impressive, especially the first time you attend. I didn’t know what to expect, and I was amazed by how much effort T.E.N. puts into planning the event and making it a top-notch experience. Because people who are regarded as top security leaders were nominees, I was very surprised to hear my name called for the People’s Choice Award.

While winning the award was personally gratifying, I was ecstatic for the team, as it validated that we were on the right track with our security program. The award helped confirm that the security programs we had been promoting were a benefit to the company, and our efforts gained new-found respect with IT, senior management and other business stakeholders.

As security professionals, we don’t stop very often to look at everything that we have accomplished. When you are in the throes of the everyday battle, you are always focusing on what is yet to be done. Submitting an entry to the ISE® Awards was the first time that we had sat down as a team and documented what we had accomplished. Had I not been a finalist or received an award, just to take a minute and realize what we had accomplished was hugely beneficial to the team.

As if that wasn’t enough, the ISE® experience gave me the opportunity to build relationships with peers across the region and the country. Nashville is a relatively small market. There aren’t many companies dealing with the size and scale of security issues that we are that I could turn to for help. To be able to go to one place and meet people with the same interests, the same purpose, and the same goals, and then to be able to collaborate not only within a local community or state, but regionally and even nationwide is extremely valuable. Not only have I benefitted from those relationships, but my team members are now meeting people through the T.E.N. events that they normally wouldn’t have.

Going through the nomination process and participating in the ISE® Awards gives so much more than the showcasing of an individual’s work in a leadership role and the accomplishments of the team. It opens your world to a supportive community of peers and propels you forward. It binds a team together, validates their efforts within the organization and elevates them in the eyes of their colleagues and co-workers. Why keep your accomplishments under wraps when so many benefits await you?  Submit your nomination for an ISE® Award. I’m glad I did, and believe you will be too.