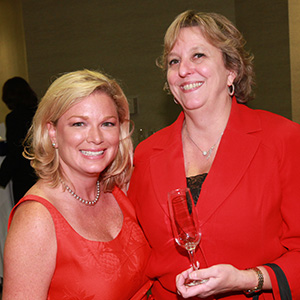 When we first started talking about recognizing our team for the work they were doing the decision was easy. We were going to nominate them for an ISE® Project Award. We chose the ISE® Awards for a few reasons. A few years prior my boss, Kim Van Nostern, the CISO at the time, had received the ISE® Award. The ISE® Awards were also very appealing because a lot of our colleagues are familiar with them. Whether they are nominated or not, they usually attended the events.  There is a lot of great networking that goes on at these events – a lot of great conversations with your peers about your programs. Being part of the ISE® Awards provides an overall good feeling from a personal and professional standpoint.

I felt that the risk and security team had evolved to a point where it deserved recognition. It was not really about me; it was about the team, the people and the work that they had done to get them recognized. We took a team approach at preparing the nominations, and I thought that was really unique. Key members of the team had input and were able to select the project. It really got them excited, involved and some of them were able to travel to Dallas for the award ceremony. They were able to get the recognition from their peers in the other companies. We were honored to be selected as a finalist and it was a great experience for the team.

Being selected as a finalist for the ISE® Award gave more credibility to the risk and security program within Allstate. It also helped in expanding the security network in and around the Chicago area, as well as across the country. Making information security more important within Allstate has been the biggest benefit. My peers would consult with me on security issues and problems that may have come up within their organizations and vice versa. At the ISE® Awards, I met a variety of people who were all working toward the same goal. I found it really special that they are so generous in sharing their knowledge and experiences. The relationships that have been made and sustained are the best part of the TEN and ISE® experience. Being able to call on those relationships has proven to be invaluable.

I would definitely recommend T.E.N. and ISE® Programs to my colleagues. These programs give you a chance to be recognized by your peers and benchmark your programs against the best. Submit your nominations and see what happens!