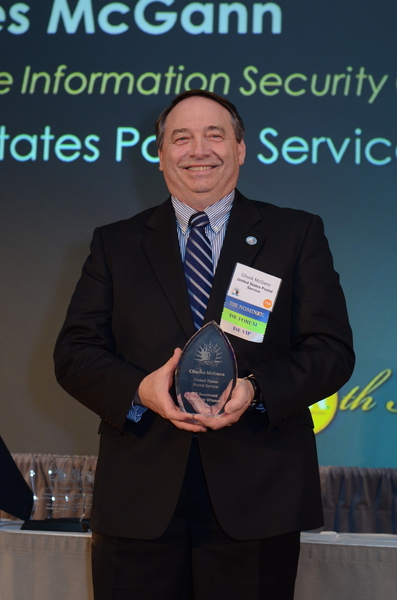 When I received an email for the ISE® Awards Program, I realized I was already familiar with the program because my predecessor was a finalist at one time. We’ve participated in award programs sponsored by solution providers and professional associations, but the ISE® Awards program was especially interesting because it is judged by a group of industry peers. I decided that we should enter and give it a shot.

Sizing up the formidable competition at the award ceremony, however, I had little expectation that our efforts would be recognized. When my name was called for the ISE® People’s Choice Award, I didn’t believe it. Not with all the other quality people in the room. Then others were nudging me, saying: “Go!” Thoughts crowded my mind: How did this happen? I’ve never met these people. They barely know me. There’s no way this could have been a personality contest. The recognition had to be based on real data. I guess we really did do something.

I was humbled. Barely in my seat long enough to text the news of the win to my team, I heard my name again. Was I just named the 2012 ISE® Southeast Executive of the Year? Disbelief turned to surprise. Surprise gave way to pride in my team’s diligence, innovation and creativity. To me, it was a win for the team, and reinforcement that we are doing the right things with the right people in the right jobs.

The awards boosted team morale, and we submitted our nomination to the national-level competition. I was amazed to receive the ISE® North America Government Executive Award.
Back home, the awards elevated Information Security within the CIO organization and gave us peer status with several vice presidents. Security had always been viewed as a roadblock that stalled productivity. Now, when we speak, they listen a little bit better; hear a little bit more.

The awards also gave me greater visibility within the industry and led to several speaking opportunities. The greatest benefit, however, was the immediate acceptance into the ISE® Alumni community and T.E.N. Family. It’s invaluable for me and my team to be able to talk about real concerns and issues with a network of peers, and get insight into real solutions.

With some award programs, you get a glass trophy and tomorrow you’re just another no-name person to be sold to – but not with T.E.N. The best part about T.E.N. is the people. They welcome you, include you, and are always there to help you. Participating in the ISE® events has been extremely rewarding – and in some cases eye opening. The ISE® Awards came full cycle for me when I served as a judge the following year. I had sat on other judging panels, but had never experienced anything that approached the sanctity and rigor of the ISE® Awards judging and voting process. The openness and candor of the discussions and scrutiny of the nominees is without equal. It made me appreciate my award all that much more.