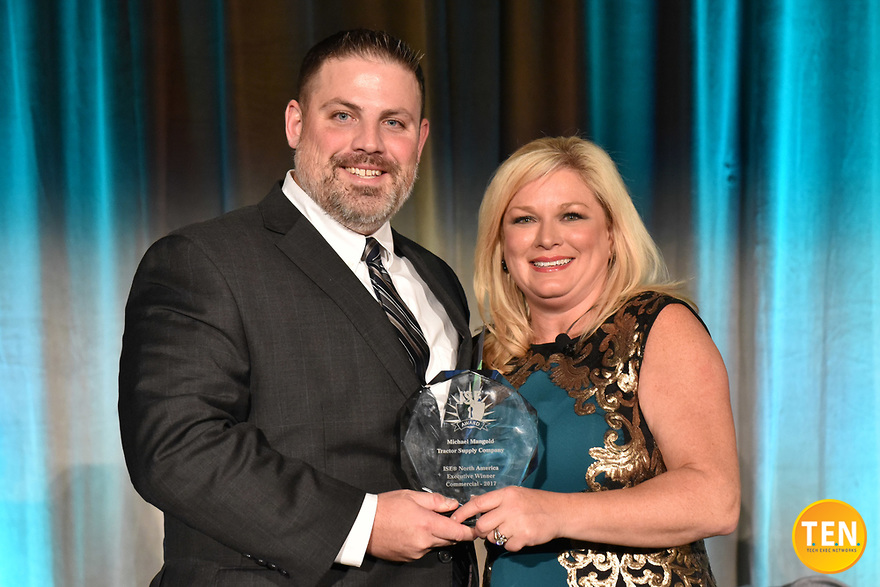 I first heard about T.E.N. and the ISE® Awards through a colleague of mine who had experienced the ISE® Programs and ISE® Awards with another employer. My first personal experience, however, was when a coworker and peer nominated me for the 2017 ISE® Southeast Executive of the Year Award. It was very humbling for me—the pool of nominees at the ISE® Awards consists of truly high caliber executives and project teams in the security space, and being counted among them was truly an honor. The ISE® Awards felt like one of the most top-quality events I have ever experienced—T.E.N. offered clear communication on what to expect; they crafted a well-organized program; and the content of the event was enriched and beneficial.

During the Executive Forum, the CISO Panel discussions stood out as the most intriguing to me. Not only does it provide some interesting dialogue amongst the panelists, but it also encourages getting the other attendees engaged in the discussion overall. I learned a lot from my peers in the room while I participated as a panelist at the 2017 ISE® North America Leadership Summit and Awards this year—ensuring everyone had a place in the discussion was incredibly valuable to everyone who attended.

Beyond the content, the networking provided at the event is incredibly valuable. Not only during the Executive Forum, but during the ISE® VIP Reception as well—we were able to network with one another and learn about and from each other. I recognized several faces at the ISE® Southeast program I attended, which gave us the chance to reconnect—but at the ISE® North America event in Chicago, many of those executives were new to me. I was able to make a plethora of new, high-quality connections that may be really beneficial to my team and to myself in the future.

Furthermore, the engagement with the sponsors of ISE® Programs is a unique experience. T.E.N. encourages making connections and having conversations with vendors over trying to make a sale. There have been several sponsors with solutions I had not previously heard of, and the environment cultivated at the ISE® Programs allowed me to feel comfortable engaging with these solution providers and learning about their product and their company without the pressure of an impending pitch.

When it comes to publicly discussing my team’s and my personal work in our careers, I have previously never felt comfortable doing so. Press isn’t always a positive thing in the information and cyber security spaces! However, at the ISE® Awards, our work was recognized and showcased as a successful achievement amongst our colleagues, and that truly felt like a rewarding experience that I did not expect but thoroughly enjoyed. Even many peers who did not attend the events were able to learn about my success via T.E.N.’s social media, which provided further visibility and positivity. I believe the ISE® Awards experience has greatly supported my own personal career growth as well as my team’s, as it shows the industry what we have achieved and how we continue to progress.

I would absolutely recommend that executives and teams submit nominations to the ISE® Awards! For me personally, the nominees who brought forth projects to the ISE® Southeast and ISE® North America Awards was incredibly valuable—it is eye-opening for me to learn about the challenges, strategies, and solutions that these teams come up with in security from a variety of industries and verticals. There are several things we do right in my team, but plenty more that we can improve upon, and by engaging in the ISE® Programs and ISE® Awards, we have the opportunity to work with our peers and learn from one another to tackle those weak points and solve them. The healthy competition of the ISE® Awards is an incredible learning experience that I think everyone should take part in at least once.