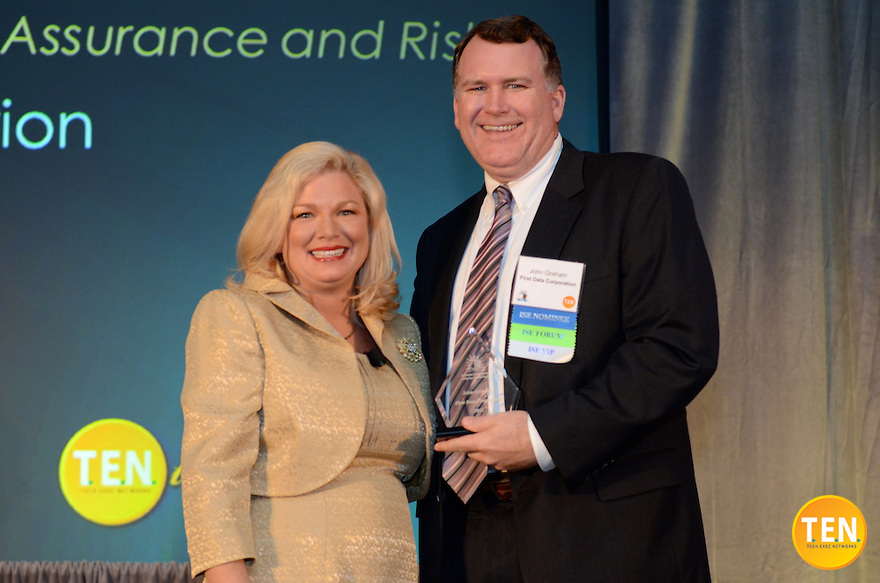 I first learned about the ISE® Awards Program when I started my career in Atlanta, years ago.

The peer relationships and comradery that this group managed to foster at the time was unprecedented. After seeing several of the events and meeting more and more people, I decided I wanted to become more involved with the ISE® Programs. I didn’t really have a desire to try and work with any other similar programs at the time. I didn’t feel like I needed to.

I was nominated in the Executive Category back in 2012 and that was positive for me just because it was nice to have the support and recognition of my peers. It was an incredibly encouraging moment for me. It was nice to have acknowledgement outside of my company too. Since the award is peer recognized it made it all the more rewarding to know that my colleagues felt that the work I do is worthy of recognition and celebration. I’ve also had the opportunity to be a judge for the ISE® Programs and I know deciding on a winner is no easy process.

In 2015, my team won the ISE® Southeast Project of the Year Award and were nominated for the ISE® North America Project of the Year that same year. Much like myself, the award and nominations have been fantastic for them. It’s been a huge motivator for the team and has allowed them to show and share their success with their peers. We still hear a lot of positive things from it. We’ve even used it internally to share our successes and results. We have used the “ISE® Southeast Project Award” in board presentations, internal awareness training for teams and customer facing presentations. We see it as an acknowledgment that it’s something broader than just what we’re doing inside the company. It’s been really positive for us.

I really appreciate what T.E.N. does and how the ISE® Award has really helped me to say, “Yeah, what we are doing is good and positive.” That’s not a reinforcement you normally get in the roles that we have. Usually you’re getting the other side of it like, “How did that happen?” or “Why did that go wrong?” Taking part in the ISE® Programs has been a fantastic opportunity and they have really helped make me feel positive in my career choice. Winning an ISE® Award has really helped to open up some new relationships and has really strengthened the relationships that I already had.

The openness and candidness that the ISE® Programs create, especially in the recurring ISE® Private Dinners, is superb. T.E.N. does a wonderful job in not making things sales-y or just sales pitch opportunities. They really focus on the peer relationship building and discussion side, which I value heavily. We get inundated with vendor requests on a regular basis, so it’s just so nice to get the chance to share information with my peers and even share information with security solution providers in a non-stressful kind of manner and relaxing environment.

The time and effort that goes into creating the ISE® Programs is phenomenal. You can tell that the T.E.N. Team really puts a lot of effort and planning into it. I’ve been to other industry events hosted by different groups and they just don’t seem to put the effort into preparing to make it a professional event. Everything from how the ISE® Executive Forum are facilitated to how the ISE® Nominee Showcase Presentations are setup is wonderful. I applaud the folks at T.E.N. for their level of professionalism. That’s a big deal in my mind. I really appreciate what the organization has done in a general sense for our industry and profession. They have just done a fantastic job. If we’re all involved and engaged as a peer group professionally, we are going to be able to fight this fight even better.

I would definitely recommend T.E.N. and ISE® Programs to a colleague. I think if someone was hesitant, they should engage and attend. It’s a very low cost of admission to just attend, see what the programs have to offer, and learn from others. I would also tell them to look at some of the past nominees and winners and the companies that they represent. I think the chance to stand on the stage with some of the biggest names in the business would help motivate anybody and get them engaged.