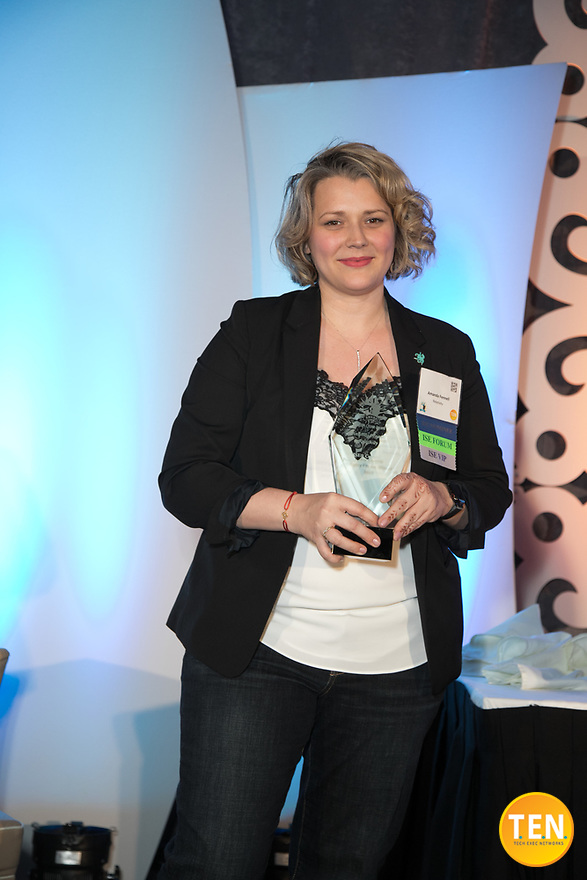 About a year ago, I started attending T.E.N.’s ISE® Private Dinners, each hosted by different sponsors and covering relevant discussion topics for the cybersecurity industry and for my role as Chief Security Officer at Relativity, where I oversee our growing Calder7 security team. When Expel hosted one of these dinners in Chicago, I was invited to be their ISE® VIP Host. My team and I really appreciated the networking we were exposed to. It is not common for people in this industry to be able to sit down with their peers and talk about problems they are wrestling with that others might have the answers to.

What I soon learned and came to value the most about T.E.N. is what their team is trying to do. It became clear early on that constant work is happening behind the scenes for the ISE® Programs to happen. Because Relativity is based in Chicago and I live and often work remote from the East Coast, I am constantly getting invites for opportunities to hear new ideas to grow my security program and to connect with peers I would not have time to meet otherwise. It was through these invites that I learned about the ISE® Awards and the nominations process.

That said, it was our wonderful partner Expel that ended up nominating me. We are aligned in how we both approach security, and Expel wanted to highlight how much movement Relativity and our Calder7 team have made in this industry. Even so, I was surprised to be nominated because—as my fellow security professionals will know—we have our heads down doing the work so much, plowing ahead and not worrying about awards. We forget about the effect this work has on people outside of our own companies.

I was incredibly honored and grateful just to be nominated, and I genuinely did not expect to win, but I was so excited to be a part of it. This award is the first one I have experienced that was done by people’s choice, so it was even more stressful thinking about possibly winning. I thought, “There’s no way I’ll win. Who am I? No one knows who I am. Definitely great to be nominated for People’s Choice, definitely not going to win.” Then my name was announced!

I was actually competing against my friend and peer, Ricardo Lafosse, for some of these awards, so when we both won, we were so happy. We ended up not going to sleep that night but hitting the town with a group of friends, awards in hand, and it felt like we were at the Oscars. There is such a camaraderie from people in the Chicago space that, even when we compete, we still look out for and support each other. For some people, the ISE® Awards Gala was the end of their night, but for us, it was just beginning.

The benefits I have received from winning the ISE® People’s Choice Award are concentric circles moving outwards, like a pebble causing ripples to expand outward in the water. The initial circle that took place was a huge morale boost for my team. Knowing that I am a representation for them and the work they do made them so excited and deepened our affinity with one another. The trophy is now in the middle of the office where our Calder7 team sits. The second circle was for Relativity itself. We are a close organization. Many people feel like an extension of our security team—which they are—and they feel like this award is an extension of them, too. Together, we all accomplished something amazing in a year and a half and got recognized for it in a physical, tangible thing. The third was a ton of traffic social-wise about the company and our involvement with ISE® Central, from the ISE® Executive Forum to the Awards Gala. I think my LinkedIn activity was up 1,000% that week!

Attending the ISE® Executive Forum also came with its own benefits. I am always surprised about how small this industry is. As I looked over the event materials and saw who was speaking, it hit me at how many people were in attendance that I knew. I would watch someone’s presentation and think they seemed familiar, and when I check on LinkedIn, either I was already linked with them or I knew somebody who was. That also meant that I was aware of many topics the attendees had been dealing with, and we got some great input about how to better address these issues.

One of the best moments for me was when I had snuck into a session during the Forum. I was standing in the back, trying not to be disruptive, and there was a woman there next to me. We looked at each other for a minute and then looked at our badges. We immediately went back into the hallway because it turned out she was the CISO for United Airlines that I was supposed to have drinks with the following week. We were going to connect, and it turned out that we connected there at ISE® Central ahead of schedule, as opposed to back in Chicago.

From attending ISE® Central and other T.E.N. events, I have met so many valuable peers and forged new connections in person. I now feel so much more comfortable dropping a line to some of my peers to talk about problems I am having, saying, “Hey, I know you presented about this. I was wondering if I could pick your brain about it.” The security professionals who attend are always so generous with information. That comes across in the executive roundtable discussions; they flow so organically amongst you and your peers. People are always varied at the tables, and you have so many opportunities to be around a diverse group of people with diverse mindsets and experiences. T.E.N. does an amazing job at getting these people together, and I would not change a thing.

The vendor meetups are also so tastefully done. Having been a vendor, I have so much appreciation for what they have to do. I know that there can be a lot of apprehension towards them, especially if they are pitching too hard, but I have never experienced an interaction like that at a T.E.N. event. When I was on the floor with them during the Sponsor Pavilion, I noticed that they did not necessarily approach me; I approached them, and part of what contributed to that was how they were set up. I did not have to talk to vendors I already had a relationship with, and any vendors I was curious about, I got to walk right up and talk to them. I liked that the initiation was on my side because it saves everybody a lot of time. Plus, the vendors I did talk to were incredibly intuitive about if they were a good use-case for my company or not—and they were open and candid about it. The vendors were there to provide information, and if you wanted more, they were happy to offer it.

In short, I absolutely recommend for my peers to get involved with the ISE® Awards. They are a sign of something amazing happening: ideas coming to life into a program thanks to you and your team’s hard work and dedication. Being nominated and recognized by your colleagues is a huge morale boost for you and your team. I was blown away by how many people in the industry as well as at Relativity supported me during this process. Even those outside of cybersecurity were on social media, finding people in the industry and explaining why they should vote for me. It was so humbling to see that and to see how Relativity rallied around one of their leaders, and I will always remember the experience.