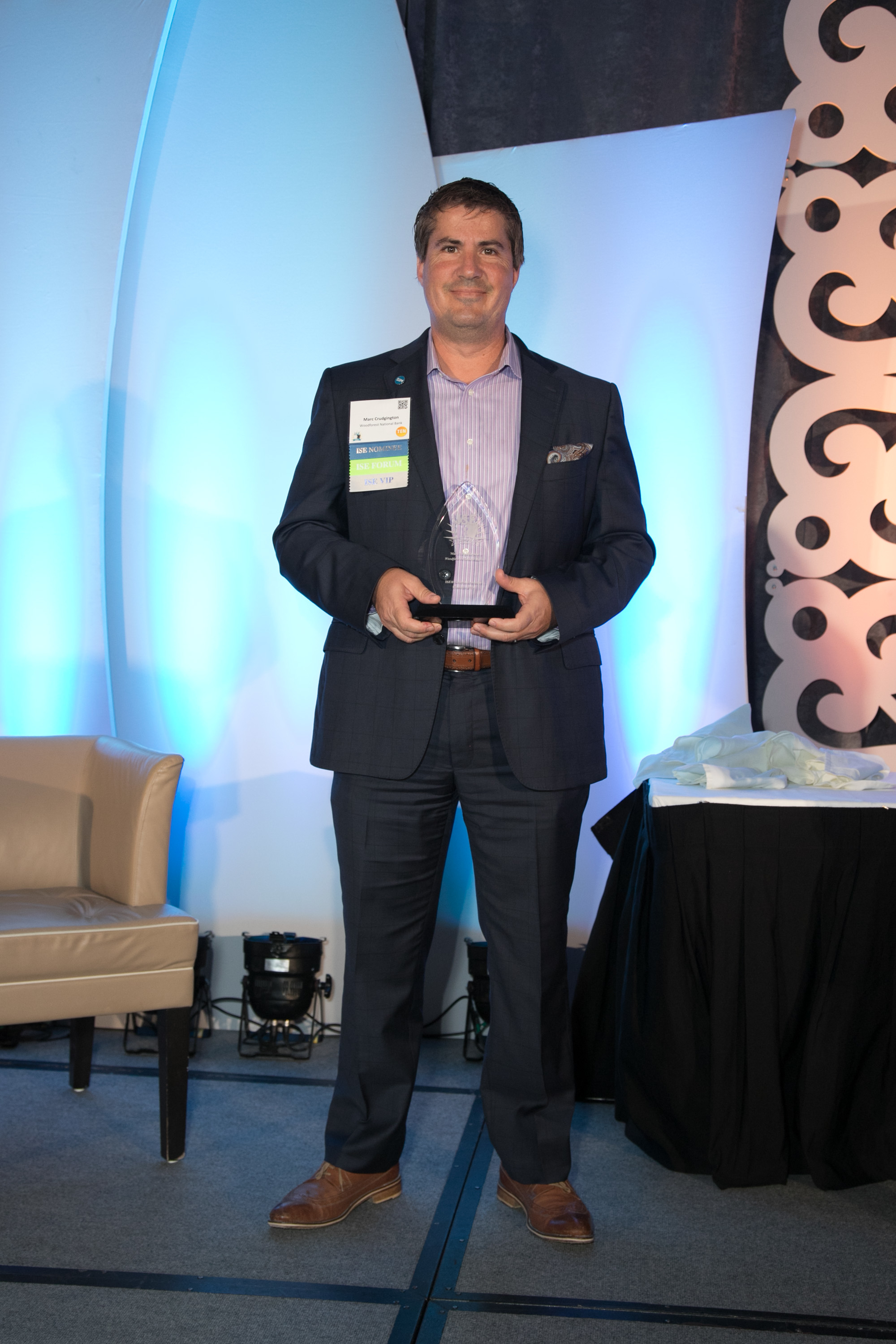 I first learned about T.E.N. and the ISE® Award Programs around three or four years ago, though I cannot recall now if it was through another industry event or a peer telling me about the ISE® Central Forum and Awards. Either way, word about T.E.N. and what its team was accomplishing through their networking and recognition programs reached me. After conversing more with my peers and conducting my own research, I decided to engage in ISE® Central and get involved with T.E.N. Even from that initial moment, I believed it would be interesting to network with peers in the Central region who are not from the Houston area.

This belief proved to be true and remains the main focus I like about T.E.N. and the ISE® Programs. For peers of mine on the fence about attending an ISE® Program or engaging in the nomination process, I have to stress that having the opportunity to network with peers and form new relationships with those outside your city is a tremendous benefit you cannot ignore. This chance can extend beyond the regional level to the national level as well. For instance, I attended ISE® North America in Chicago last year and made new connections with security executives and vendors outside of my typical region, and we are keeping in touch.

While I did not win the ISE® Central’s Executive of the Year Award overall due to some impressive competition, being recognized as an ISE® Executive Finalist has only reinforced how proud I am of my involvement with the industry. It has driven me to keep pushing the cybersecurity envelope, both regionally and nationally, and to keep making strides internally with Woodforest National Bank. Many of my Houston-based peers have asked how I did, offered their congratulations, and want to participate with ISE® Central as a result of my nomination, and that recognition has been nice. I might do something differently if I find myself nominated again, so I can win that Executive of the Year Award and the ISE® People’s Choice Award—I have no shame in asking people to vote for me—but I am generally pretty content. My main competition was unquestionably deserving, so while I can honestly say I am not surprised to have won an award, I am not disappointed with the final outcome, either.

Beyond the Awards Gala, I love attending the ISE® Executive Forum and hearing what challenges other people in my position, regardless of their industry, are facing. I tend to measure how my team and I are doing in comparison and form a baseline with the new information I learn. Do we have the same tools as other CISOs and their security teams, and are they being used for the same challenges? Is there anything we could be doing better? Being able to reflect on the positions of my fellow peers helps solve security problems because you get to look at it from different angles and viewpoints—and that helps in sharing ideas about solutions in turn.

The entire event, from the Executive Forum to the Awards Gala, is extremely peer-oriented and CISO-focused, which is a wonderful change. Some other conferences and summits I have attended have made it all about the vendors, and executives are required to sit down for a 30-minute pitch with them—but T.E.N.’s events are more “for CISOs, by CISOs.” Their smaller, more-intimate nature helps vendor interactions feel natural instead of forced, allowing you to enjoy lunch or dinner with them and spend time to sincerely connect with them. T.E.N. is also careful to vet and select quality vendors, some of which I currently do business with while others are ones I have wanted to contact and see if a relationship is possible.

I have to praise T.E.N.’s events for being so well-planned. I never feel that anything is left unattended or that our challenges go unaddressed, whether that applies to the industry or to attendees personally. To give an idea of how outstanding their concierge service is, I attended ISE® North America three weeks after having foot surgery, and the T.E.N. team really went out of their way to take care of me. In more general terms, they also walk you through the process and answer any questions you have about how the event works well before you get there and remain available after the Awards Gala is over. Their post-event follow-ups likewise provide valuable industry insights and connections you can use moving forward. From networking to superior service, you have so much to gain from attending an ISE® Program, and the nominations are well worth it. It is truly a win-win.